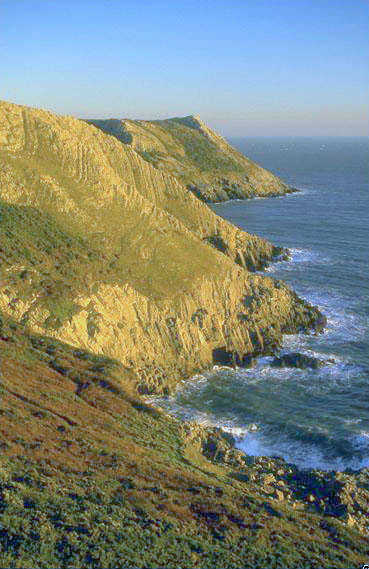 Within easy reach of Swansea, the Gower Peninsula in South Wales has a well-deserved reputation for beautiful scenery and is consequently very popular with visitors.

The range of habitats found on the peninsula makes it ideal for a birding holiday with a wide variety of species present. Birds of woods and farmland, freshwaters, and rocky and sandy shores can all be found here. The area is worth visiting at any time of year but summer weekends and public holidays can be rather crowded. The pond has a well managed birdhide that is well worth the visit.

On the southern coast of the Gower Peninsula is the National Nature Reserve of Oxwich Bay, a sheltered sandy bay backed by dunes, behind which is saltmarsh and freshwater marsh with some extensive reedswamp and the whole bay is surrounded by limestone hills. 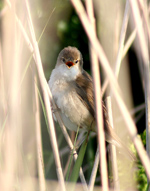 Breeding in the marsh are Water Rail, Mallard and Common Teal. The reedbeds have Bearded Tit, Grasshopper Warbler and Sedge Warbler. Reed Warbler is also present at one of its most westerly British localities and Cetti's Warbler is a fairly recent colonist.

The woodlands have Eurasian Sparrowhawk,Long-eared Owl and Common Buzzard, woodpeckers, both Marsh Tit and Willow Tit and there is a rookery.

In winter divers are usually present offshore with Common Scoter and other seaduck. Gadwall and Northern Shoveler can then be seen on the freshwater.

Purple Sandpiper and Ruddy Turnstone commonly feed on the rocks around Oxwich Point at the western end of the bay. Great Bittern is regular in winter and Marsh Harrier is a fairly frequent visitor in the spring and autumn. 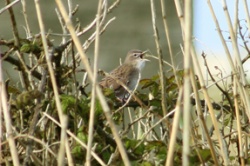 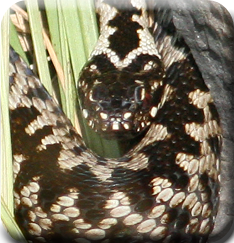 There are also two very special plants in the Oxwich area, Yellow Whitlowgrass Draba aizoides grows on a wall close to the church at Oxwich and nowhere else in Britain and a very rare species of whitebeam tree Sorbus rupicola grows in local woods.

To reach the Oxwich reserve take the A4118 west from Swansea and turn left following signs for Oxwich village. This road passes through a range of habitats all of which are worth viewing and there is a car-park at the reserve centre.

There are nature trails and footpaths through the reserve, one over the dunes and another through scrub and woodland and up to the clifftop grassland.