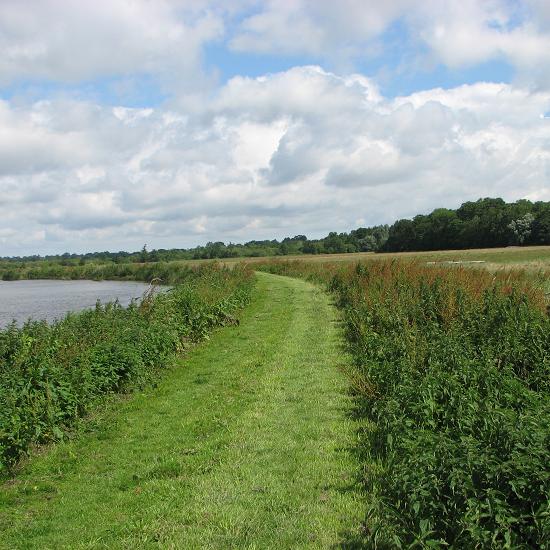 Situated beside the River Yare in the southern part of the Norfolk Broads, this reserve consists of wet grazing marshes, open broads and reedbeds, carr woodland and a small deciduous wood.

The reedbeds hold a thriving population of Bearded Tit as well as numerous Eurasian Reed Warbler and Sedge Warbler and Cetti's Warbler, Grasshopper Warbler and other warblers nest in the carr and scrub.

Great Crested Grebe and Little Grebe, Gadwall, Northern Shoveler and Common Pochard are present all year as are Grey Heron, Water Rail, Northern Lapwing, Common Snipe and Common Redshank. Garganey is a regular spring migrant that sometimes stays to breed and Common Kingfisher can be seen throughout the year.

Mandarin Duck, Red-crested Pochard and Spotted Crake are among the scarcer species that have been recorded at Strumpshaw and Great Grey Shrike and Great Bittern are occasional visitors. Glossy Ibis is among the rarities seen here. 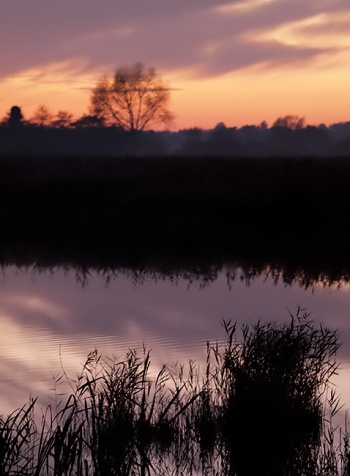 There are many species of butterfly present on the reserve including the Swallowtail Papilio machaon, which is rare in Britain and breeds on its host plant, Milk Parsley Peucedanum palustre, its host plant, growing amongst the reeds and sedges. Hundreds of species of moth have been recorded by trapping at night and dragonflies of various species occur including the local Norfolk Hawker Aeshna isosceles.

The nearby Buckenham Reserve is an area of grazing land specifically managed to cater for England's only regular flock of wintering Taiga Bean Goose. The fields here sometimes have other geese including Egyptian Goose wandering from their main stronghold in the Holkham area.

Strumpshaw Fen is reached by turning off the A47 Norwich-Great Yarmouth road through Brundall from where it is signposted. The #17 bus from Norwich Castle Meadow reaches a stop just beyond Brundall, a short distance from the reserve.

There are hides overlooking the broads on the reserve and another at Buckenham Reserve.

always bitterns and harriers around, always see kingfishers fishing at close range. has a great tree hide overlooking the marsh area. Swallowtail butterflies in the summer