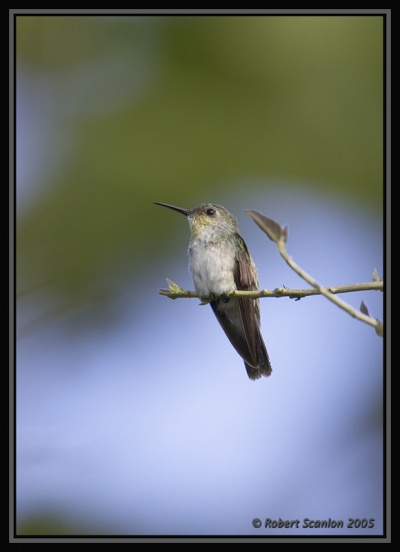 Possibly the most accessible (at least from Quito) region offering access to eastern (Amazonian) tropical lowlands. Largest populated point of reference is Tena, at about 500 meters in elevation. Some visitor accommodations are found along the Rio Napo at Misahualli, and a few "jungle lodges" can be found a short distance downriver.

The best known Upper Rio Napo birding site is probably Jatun Sacha Biological Station (approximately 400 meters in elevation), owned and operated by Fundacion Jatun Sacha. According to Ridgely & Greenfield (2001) it "encompasses several thousand hectares of primary terra firme forest, with smaller areas of secondary woodland and floodplain habitat". The reserve is positioned between the Rio Napo and the smaller Rio Arajuno, with trails reaching into forested habitats. The adjacent privately-owned Arajuno Jungle Lodge also offers a trail system that connects to that of Jatun Sacha.

This region is just to the west (or on the western fringe) of the Upper Amazonian-Napo Lowlands Endemic Bird Area: [1], or (per Ridgely & Tudor 1989) the Napo (Upper Amazonian) Lowland Endemic Center.

In Tena itself a respectable list reportedly can be compiled at and around Hotel Auca, including trails along Rio Misahualli.

Observers staying in Misahualli might presumably find many of the same species listed Hotel Auca & environs, but Misahualli is more remote and is situated along the Rio Napo, conditions implicitly at least somewhat more favorable for birding. In addition, Jatun Sacha Biological Station is estimated to be within 15-20 minutes driving distance (compared to the estimated one hour from Tena).

Reserva Jatun Sacha is owned and managed by Fundacion Jatun Sacha [3], reportedly protecting 2500 hectares of tropical lowland forest (70% of which is primary terra firme) [4] . From Tena, drive south on the highway for 3 km, crossing the Rio Napo bridge and immediately turning left. Follow the road eastward along the river for approximately 23 km to the entrance & headquarters of the reserve. Estimated driving time from Tena one hour. According to Ridgely/Greenfield (2001), map coordinates are 1°05' S, 77°40' W

Bird-finding guides published in the 1990s frequently cite the Hotel Auca [5] not only for lodging but for birding on the grounds. Apparently no website; phone # reportedly +593 6 886461.

In Misahualli birders are welcome at Banana Lodge [6]

Along Rio Arajuno not far from its confluence with Rio Napo, Arajuno Jungle Lodge has published a bird list with status codes [7] and a birding package that includes professional guide services [8]

The whimsically named Hotel Hakuna Matata [11] is 10 Km north of Tena (near Archidona, just west of the Volcan Sumaco area) at 600 meters in elevation; the online bird list [12] documents 248 species reportedly seen on or near the grounds. Birds characterized as reasonably common on or near the grounds include Paradise Tanager, Coraya Wren and Barred Antshrike; a courtship assembly (lek) of White-bearded Manakins is reportedly within a very few meters of the hotel grounds. The hotel can arrange for local guides, and at least one staff member is an enthusiastic birder. An interesting narrative summary [13] notes birding highlights including Tropical Screech-Owl, Greater Yellow-headed Vulture, Red-bellied Macaw, Buff-tailed Sicklebill, Point-tailed Palmcreeper, Golden-winged Tody Flycatcher, Golden-winged Tody-Flycatcher, Amazonian Scrub-Flycatcher, Paradise Tanager, Yellow-bellied Tanager, Black-billed Seed-Finch