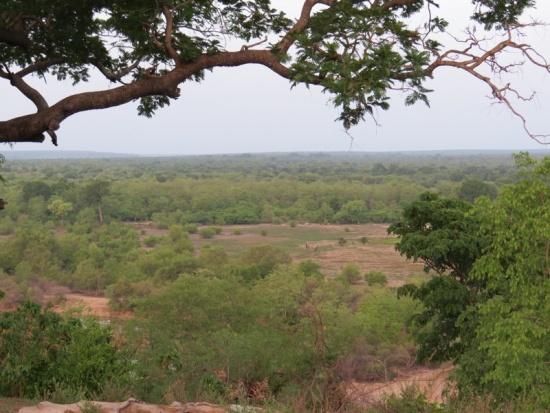 Mole is Ghana's biggest national park and protects 4840 sqkm of humid savanna. Around 300 species of birds are found here.
The park is located in the northern region of Ghana. 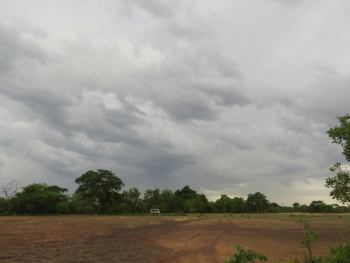 Many raptors can be found here like White-headed Vulture or Bateleur. Pel's Fishing Owl can be seen close to Mole Motel. 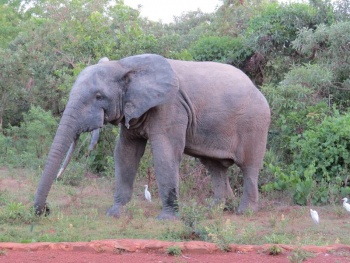 African Elephants roam around in good numbers. Several species of antelopes can be seen like Buffon Kob, Waterbuck, Hartebeest, Bushbuck or Oribi. Be careful with Olive Baboons around the hotel. Other monkey species are Patas Monkey and Green Monkey. Crocodiles are seen around the water ponds and Warthogs roam freely between the buildings of the hotel. Lions and other predators are extremely scarce.

The park was created in 1971 and is now one of the major tourist attractions of Ghana. Reservations are usually essential as the only accomodation is often full.

Located close to the entry gate, the area around the former airstrip is a good place for Brown-rumped Bunting, African Golden Oriole, Shikra, Bruce's Green Pigeon and (in the evening) for Standard-winged Nightjar and Owls.

The area around the waterhole is excellent for many species and spending some time in the hide is worthwhile. You will see much more if you choose to walk instead of a jeep safari. Birdwatching walks with guide can be arranged by the hotel.

The area around the river is good for White-crowned Robin-Chat and Square-tailed Drongo. Spend some time east of the river to look out for Red-headed Lovebird.

Located northwest of the hotel this plains are excellent for Rufous-rumped Lark and Forbes's Plover.

Mole Motel is the only accomodation in the park. Just outside the park in Lambatanga some basic hostel can be found. A second hotel is being built right now but it will be more expensive than the existing one. Access to Mole is only possible by car. Inside the park you can book safaris or birdwatching tours. You will always have an armed guide with you, mainly because of the elephants.